The 10 Key Types You Should Know About 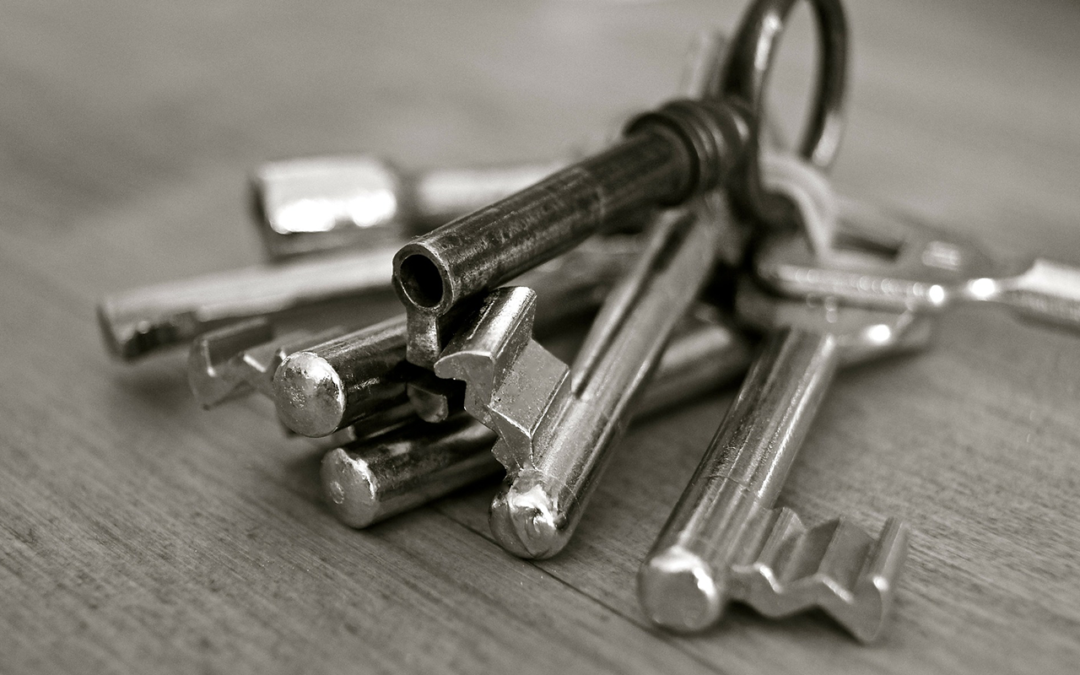 The flat-fronted keys are usually found on older locks such as pin tumbler locks. They are flat, thin, and rectangular (and not cylindrical like pin tumbler keys).

It is attached to a ring or keychain so it’s generally very portable. Most flat keys are not cut directly from the manufacturer but instead, the blank flat key is given to locksmiths who create their own pattern of cuts onto the blade to produce each individual key.

These types of keys are usually found on padlocks, desk or filing cabinet locks, cash boxes, and even some car door entry locks. As with all keys, flat keys are identified by the cuts on their blade. These cuts are used to line up each individual tumbler in order for the key to turn and open the lock.

There are many variations of flat keys so before you go asking your local locksmith how much they charge to copy a flat key, make sure you have the right type of flat key. Otherwise, they may not be able to help you with your copy.

More popularly known as a jagged key or paddle key because it is shaped like a paddle, corrugated keys are used on tubular pin-tumbler locks (i.e. the type of lock that you would typically find on a lock cylinder or doorknob).

These types of locks usually have one or more levers which the key slides past in order to turn and open the lock. The key slides easily through each lever as it is pushed into the keyway. The corrugations or ridges of the key slide into the grooves of the lock to open it.

This type of key also has a hollow, tubular shape with flat edges on one side and round edges on another. Corrugated keys are typically found on older European locks or lock cylinders that have a built-in cam that needs to be disengaged before the key can be rotated and turned to open the lock.

This type of key doesn’t have any cuts on it at all, instead, each groove is distinguished through depth (or lack thereof) in order for the key to turning inside the lock. So if you try to use a corrugated key to open the wrong type of lock, it will not work.

In terms of design, corrugated keys can be made from metal or plastic. They usually have a hole attached at the top for a keychain or to pass through a ring.

The tubular keys are also known as barrel keys. It’s thin, short, and has circular grooves around its circumference. These types of keys used to be popular on older pin tumbler locks but nowadays they’re now only typically found on vending machines.

They are also generally used in padlocks, but can also be used in some types of car locks and even cabinet locks. The tubular keys are also known as barrel keys because they resemble a tube or barrel shape, with grooves along the edges to correspond with tumblers inside of pin tumbler locks.

This type of key is identified by having exactly 10 grooves along its sides. Similar to flat keys, this type of key can’t turn is inserted into the wrong type of lock.

This type of key is given to locksmiths who create their own pattern of cuts onto the blade to produce each individual key. This is why sometimes you see two keys for one lock that doesn’t look like they are a match. Like a flat key, a tubular key is made from a blank that has not yet been cut.

The locksmith will have to decide which cuts to use in order for the blade to rotate and open the lock. This is also known as binding the cuts.

It’s important to note that when you cut your own key, you have to bear in mind that when you make your cuts deeper (or shallower), you change the “depth” of the key and the appropriate placement of each individual notch and cut. 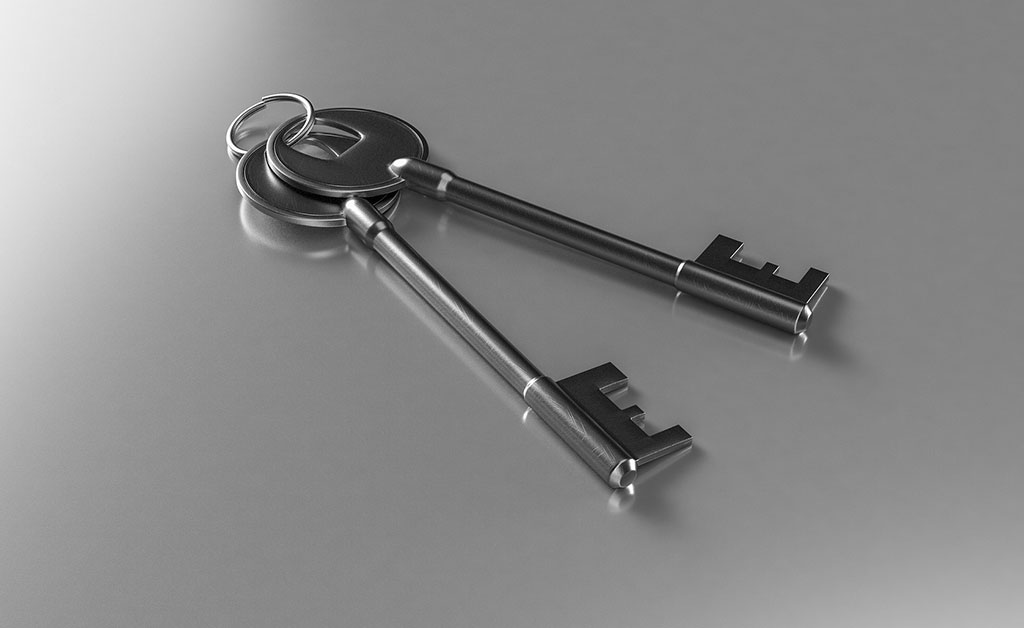 Warded keys are also known as skeleton keys because they resemble a skeleton in shape. They’re typically found in euro cylinders and were used in ancient times to open wooden doors when no one was around to open them.

These types of keys have a flat base and they have notches that form into wards, which are small projections at the top of the key. The curvature is warded away from its pivot point so they’re impossible to turn in the lock they were intended for.

Each projection is known as a ward; those that the key slides past and one that blocks the key from turning in the lock. Because warded keys can be used to open any type of door, they’re also known as skeleton keys as they resemble a skeleton in shape.

They’re sometimes also called church keys because people would use them to enter church buildings late at night when it was locked. You can easily identify a warded key by its thin, flat base and the wards that project outwards at 90 degrees.

The blade of this type of key typically has no grooves down the middle so the cuts are nearly invisible to the eye. Ward keys were commonly made from iron or brass in older times but you will rarely find them today because most traditional locks are now replaced with more secure locking devices.

Expert Locksmith Tip: Many ward keys are now collectible items, so if you think you have found one, check to see whether it’s old or not before selling it online.

Dimple keys are not much different from flat keys because they have exactly the same shape. The difference is that dimpled keys have a small depression or dimple. They are used specifically for automobiles and sometimes in vending machines.

They are also known as a button, bump, or dot keys. These types of keys are designed to open certain door locks that have a spring-loaded pin that can be pressed down to release the lock.

The difference between this key and the tubular key is that these types of keys have an indented dimple or depression on their blade, which corresponds with a button-shaped actuator on the lock itself.

Sidebar keys are used mostly in high-security safes and vaults. They are meant to only fit the lock on one side (hence, sidebar) of a safe or vault.

This is unlike other keys that can go into the keyway both ways because they don’t have finger pins that drop down into position.

This type of key has a specific sidebar that will only allow it to be inserted and turned one way. This is why it’s not possible for a key like this to go into the wrong type of lock. 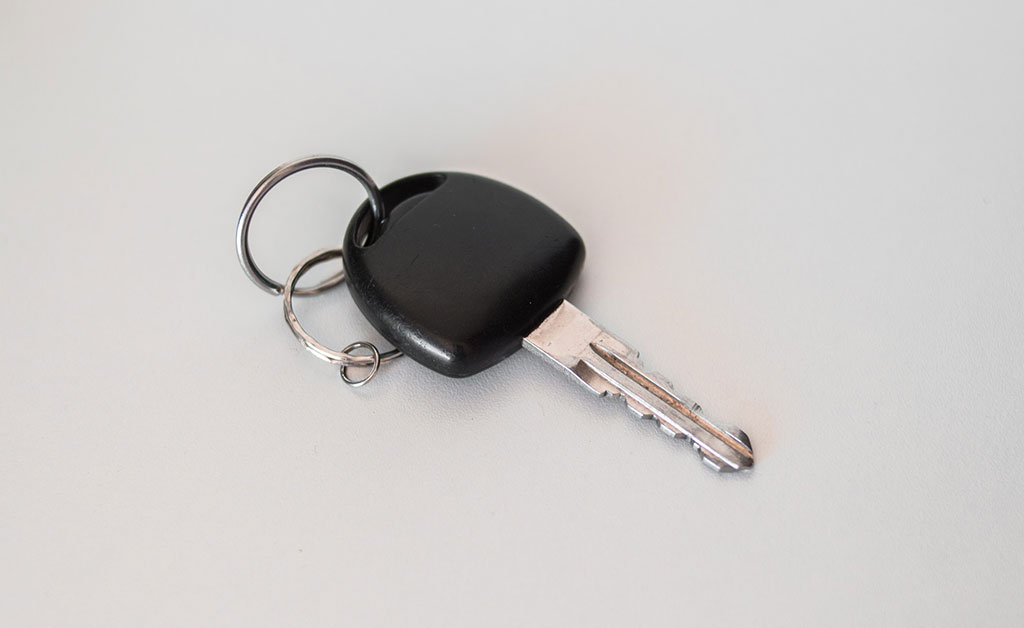 If you’re wondering why some keys have two springs, it’s because they’re double-sided keys (aka bitted). They can be used in a large number of locks – which is what makes them so popular.

The main disadvantage with double-sided keys is that you can’t use them in locks that require a sidebar key – like high-security safes and vaults.

Double-sided keys are the most common type of key these days because they can be used in a large number of locks – which is what makes them so popular.

A combination key is just like a regular double-sided key that you use to open the door and do something else, such as turn on an appliance or control some other part of your house. The difference is that the cuts are in the wrong places for them to be inserted into a standard lock.

It’s used to operate different types of locks. Combination keys are also sometimes called key-in-knob locks because they can be used in a knob lock to operate when the correct combination is applied.

One way to spot a mixed key is by looking at the flat edge of the key. The difference between this and a regular double-sided key is that it has cuts in different places. A combination or mixed key can have multiple types of grooves, notches, and cut depths because they’re used to operate different types of locks.

These types of keys are designed to fit every type of lock because the cuts are in the wrong places for them to fit into a standard keyway. This is why they’re also called universal keys.

A jagged key is an irregular-shaped double-sided key that allows a lock to be turned either way, even though this type of key doesn’t have the correct bit for the desired function.

What makes it unique is that, despite its appearance, it can still open a specific lock by moving in both directions until the lock opens. The teeth of a jagged key are positioned at different angles and depths to allow the user to pick it up and insert it into different types of locks.

Jagged keys are also sometimes called skeleton, scrub, or zipper keys. The teeth on jagged keys are positioned at different angles and depths to allow them to be picked up and inserted into different types of locks.

This type of key is designed so that it can be used in every type of lock – which is why they’re also called universal keys. Jagged keys are also sometimes called skeleton, scrub, or zipper keys because of their unique shape.

A spool key, also known as a disc tumbler key is a type of key that has an oblong-shaped blade with notches at the side to allow it to be inserted into the spool (inside) of a lock.

This type of key works similarly to a double-sided key and is used to operate locks that have spooled mechanisms inside.

So the next time someone tells you that a key ” fits ” and opens your lock, make sure it’s the right type of key before putting it into your lock! But if it messes up your lock, call us right away and we can fix it for you!

“Their service is outstanding!”

Contact our in-house door expert, he’d love to talk with you about your project!

Get a free Quote

We are available for you 24 hours a day – 7 days a week!
Free Quote

How Can We Help You Today

We are available anytime to help you.

How Can We Help You Today

We are available anytime to help you.